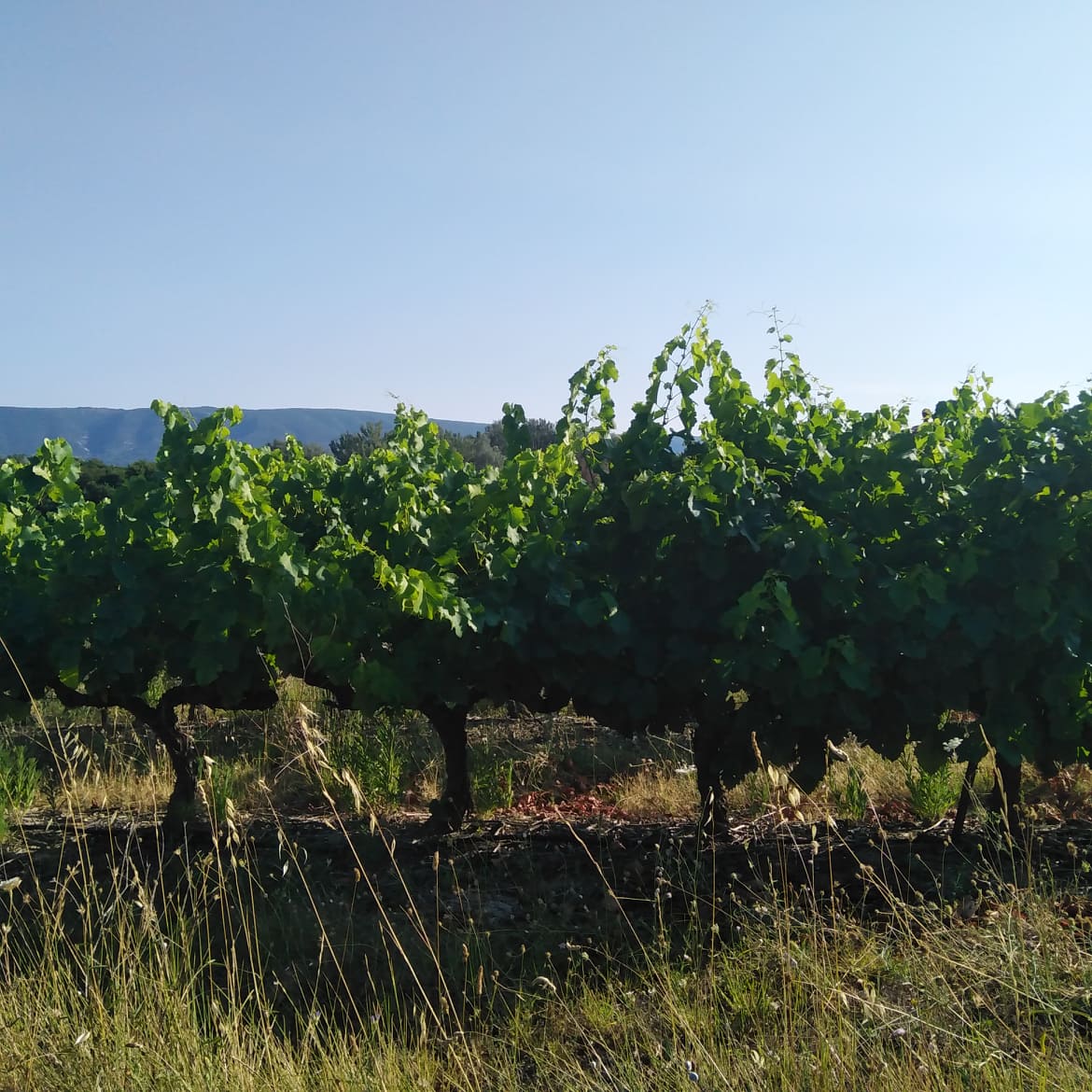 — Allemagne! Allemagne! — shouted the children who were playing with the ball, seeing the numbers on our car.

In a small parking lot in Arles, there were no vacant places at all — a meeting of city residents was held nearby in the main square, definitely related to the pandemic and protests against the new government rules.

Playing ball on the road vividly reminded me of my childhood — we also paid a minimum of attention to cars passing by us and left their path only when it was vital.

The little soccer players were very helpful when we asked them about the hotel and parking nearby. It even seemed to me that the kids know better English than their older generation, working in hotels, shops, and other public places. I have heard that many French people know English, but prefer to pretend that they do not understand it. In any case, children still do not have such problems in their heads, which is great.

The hotel was located on the busiest square of the city, where after the rally everyone sang, played, and danced. Each cafe had its own musicians: some performed as groups, others just sang to the guitar, sitting down at different tables.

We walked along the narrow streets to the arena of Arles, which very much resembled a smaller version of the Colosseum in Rome (the empire did not bypass this city with its mercy in terms of typical buildings). On the way, we met a ginger cat, who only glanced at us briefly, then trotted to one of the open windows on the first floor and deftly jumped into it. Whether this was his house, or whether he was a welcome guest in any apartment with an open window, we will never know for sure.

The arena appeared to be better preserved and less refurbished than the Colosseum itself. Of course, it was inferior in scale to its prototype, but it was immediately clear that its size fully meets the needs of the local population, both in the past and in the present.

It was late in the evening. The arena was well lit from all sides, which created two circumstances: the convenience of viewing the monument even at night, as well as the crowds of insatiable mosquitoes, mercilessly attacking tourists. We did not escape their sharp stings, but the arena at night was worth it.

The combination of darkness and bright illumination created an effect of extraordinary contrast in the structure. The arena seemed painted with the sharp strokes of a true virtuoso. Each arch was a black-and-white portal to the past— just take a closer look.

Through the arena and the ruins of the amphitheater (which, unfortunately, were not illuminated at night), through the streets and alleys, through the remains of the ancient fortress wall and towers, we came to the river. There wasn’t much artificial light, and the silent water surface looked more like a lake. Only a couple of lanterns on the far bank gave away the borders of the mighty stream of water.

This is where Van Gogh created one of his most famous paintings, Starry Sky. Surely more than a hundred years ago there was even less light here, hiding the starry sky from our eyes. Van Gogh created many more paintings in Arles, the subjects of which have always reflected the daily life of the townspeople.

Not far from Arles the monastery of Saint-Paul-de-Mausole still stands, where the great painter was treated for mental anguish. It is hard to find a more tranquil place, even in the vast expanse of temperate Provence.

The first impression is created by the olive grove in front of the entrance to the monastery. The trees here stand in straight rows, but their silhouettes do not look slender. They are rather solitary figures working in the field with amazing synchronicity. Each tree seems incredibly lonely, despite the fact that its counterparts are standing side by side.

There is almost an afterlife silence in the courtyard. Only the wind rustles the crowns of the old trees, carrying dark blue thunderclouds near us. Here you can see a monument to the maestro himself — Van Gogh looks emaciated and angular, which cannot be interpreted otherwise as a sign of illness, albeit mental. The image of the artist is softened by his favorite flowers — sunflowers.

With surprise and even some consternation, we hear muffled moans from behind a deaf high fence. The place still helps some people to overcome the hardships of mental torment. Peacefulness is immediately replaced by mortal longing and unspoken pain, which can be morally and physically shared with others here, in this quiet abode.

Through the long courtyard, the gallery, and the small but surprisingly beautiful inner garden, one walks out to the souvenir shop. If you don’t go for souvenirs, you might miss two of the most interesting parts of the monastery: the large garden with the lavender beds and the almost secret door to the second floor.

The garden of the monastery turned out to be the only place in all Provence where we encountered lavender still in bloom. They were not the endless fields that are painted in tourist guides, but they had their own warm and cozy charm. You can also see Van Gogh’s paintings here and immediately compare them to the reality he depicted. Observing the refraction of the creator’s thought is far more interesting than any landscapes in and of themselves.

As for the almost hidden door at the other end of the gift shop (opposite the exit to the garden), it is really hard to see because of the low vault. Going through it and up to the second floor, one is well rewarded for observing: here is the room in which Van Gogh lived during his treatment at the monastery.

The room is at once oppressive in its depressively small size and peculiar air of despair. The small window is barred. An iron bed, a wooden chair, an easel, and a chest make up all the furniture and utensils of the room. It is hard to be here, both physically and mentally, for more than a few minutes. One must have phenomenal humility and stamina in order to live one’s days fully under these gloomy vaults. We can only hope that Van Gogh was outdoors more often than in this cell.

Age is not only decrepitude but also a sense of emptiness and loneliness growing from within. This is true not only for people but also for cities. Lacoste is one amazing example of the phenomenon of an old city that lives despite its advanced age and archaic appearance.

The entire town is built of stone. The fortress at the top of the mountain looks like a matriarch tree, around which its descendants have sprouted from stone seeds: churches, houses, and even roads. As a forest, it is quiet and peaceful. Groups of tourists are unable to disturb the peace of this place — their voices are quickly lost, drowned in the labyrinths of stone.

There are no locals to be seen at all, but the sounds of piano playing can be heard from somewhere. At first, you try to determine the source of the sound, to understand where life still smolders among these stones in the hot midday hour among the ancient stones. But then you realize that such attempts are futile — the sounds here are repeatedly reflected and confuse their traces. Whoever plays here — a man or a ghost — will always be hidden by the whimsical shimmering of the stone labyrinth.

A small observation deck in the middle of the climb to the top of the mountain and its crowning fortress offers a dizzying view of half of Provence. From this point, you can see everything: meadows, vineyards, rivers, distant cities and fortresses, mountains, and clouds enveloping them.

The ancient city is like an old man on a park bench — observing life around him and knowing that every inch of land in front of him has its value. The best thing we can do is to follow its example: try to see the panorama through the eyes of its stone windows, feel the air around its cobblestones like our own skin, hear the whisper of the ages through its winding channels of streets.

Lacoste gives an incredibly quick effect of immersion in antiquity, but as soon as you leave the borders of the city, the spell immediately recedes. Antiquity is not only special magic but also the knowledge of the limits of one’s powers.

The most valuable and memorable impression of the trip is not always associated with tumultuous emotions and bright colors.

Grey sky, lazily watering the shore with rare raindrops of rain, mirror-like smoothness of seawater, almost silently running over the coarse pebbles of the beach, low palm trees, slightly lowering their heads in the half-dream of early morning.

The sea envelops and lulls, erases all worries and memories. When you are alone with it — not a soul in the water or on the shore — only then you can feel the infinity.

In St. Tropez you can see paintings of the sea in a rather unusual style: the entire canvas is covered with an even layer of gray paint of the same tone, and only in the center of the composition you can see small sails of yachts, quickly going over the horizon.

I am sure that I experienced the same feeling that inspired the artists of these, at first glance, extraordinary paintings, that early morning on the shores of Cagnes-sur-Mer. This infinity not only clearly shows the insignificant size of man, but also lifts the veil that usually shields our fragile perception from the unbearable enormity of the universe.